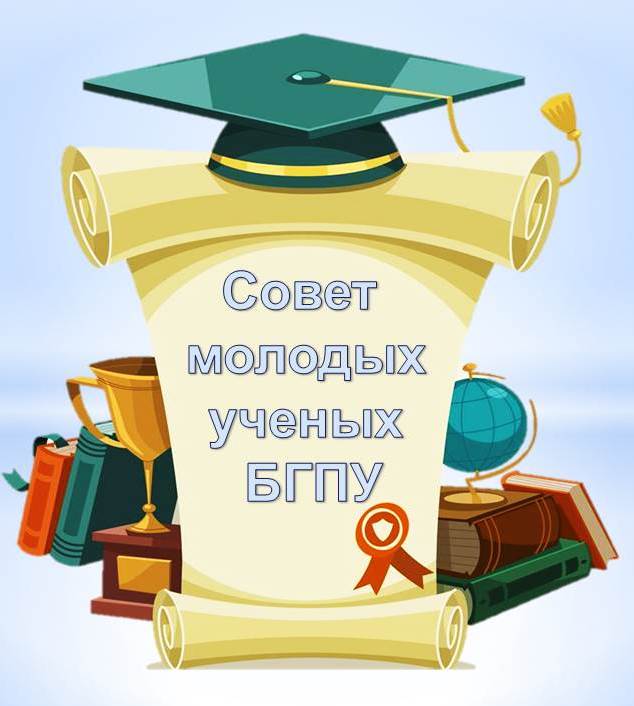 The BSPU Council of Young Scientists is a public body of coordinating the research activity of post-graduate students, young scientists and specialists of BSPU.
It was created in 2006 on the initiative of the Doctor of Politics, Professor V.V. Buschik.
The Council’s office includes 17 young scientists representing departments and chairs of the university.
The Supervisor of the Council is the Vice-Chancellor on Science Work of BSPU, the Doctor of Education, Professor A.V. Torkhova.

The directions of the Council’s activity:
•    assistance to the BSPU administration in conducting scientific-innovational policy directed towards the improvement of research works level;
•    development of interdepartment and interchair scientific interaction of young scientists;
•    helping the active participation of the young scientists in fundamental and practical reseach works;
•    making recommendations for the BSPU administration on stimulating the active scientific work of the young teachers;
•    informing young scientists about republican and international scientific events;
•    preparation and holding conferences, methodological and practical seminars for young scientists;
•    co-working with the Councils of Young Scientists of higher education and scientific establishments of the Republic of Belarus;
•    supporting the informational data base on the membership of young scientists and their research work in BSPU.

The contest of young teachers of pedagogical universities "Teaching the beginning" (Moscow, 13-15 Oct).