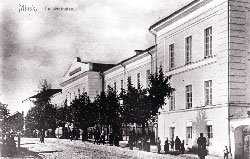 May 1918
The All-Russian Teacher s Congress made a decision to transform Minsk Teachers Institute into a four-year institution of higher education. 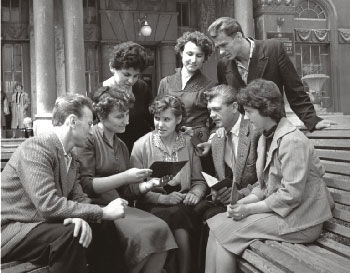 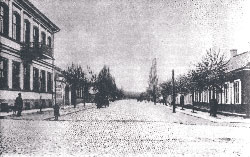 September 23, 1921
Minsk Institute of Public Education merged with the Faculty of Education at Belarusian State University.

1928-1931
Campuses of Belarusian State University were established. The Faculty of Education occupied four buildings, two libraries and a 300-student dormitory.

1931
48 per cent of students attending the Faculty of Education lived at the dormitory. The average student s stipend amounted to 35 Soviet rubles.

July 28, 1931
The Council of People's Commissars of the BSSR made a decision to reorganise the Faculty of Education at Belarusian State University into Belarusian State Higher Pedagogical Institute.

July 29, 1944
The Council of People's Commissars of the BSSR made a decision to resume the activities of Minsk State Pedagogical Institute named after Maxim Gorky.

1972
Minsk State Pedagogical Institute named after Maxim Gorky was awarded the Order of the Red Banner of Labour for excellent teacher-training and academic performance. 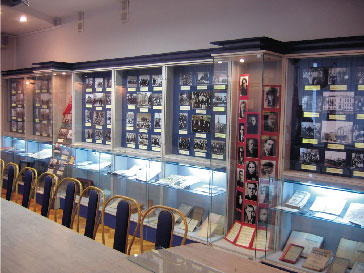 1975
Minsk Institute of Culture was established from the Faculty of Library at Minsk State Pedagogical Institute.

1982
Minsk State Pedagogical Institute named after Maxim Gorky was awarded the Honorary Diploma of the Presidium of the Supreme Soviet of the BSSR. 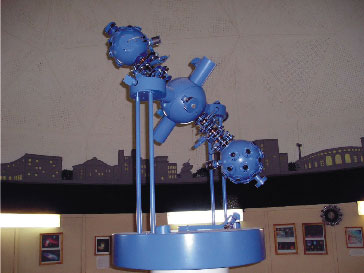 1991
BSPU became the only university in the Republic of Belarus which possessed a planetarium that demonstated an exact image of the starry sky.

1994 Alexander G. Lukashenko, President of the Republic of Belarus, held a solemn meeting with BSPU students and staff.

1995 BSPU got the name after the famous Belarusian poet Maxim Tank.

1997 BSPU was awarded the Honorary Order of the National Banner of the Republic of Belarus.

2004 Foucault's pendulum sanctified by Minsk and Slutsk Metropolitan Filaret, the Patriarchal Exarch of all Belarus, was installed in the foyer of BSPU.

2007 BSPU became a member of the Eurasian Association of Universities. 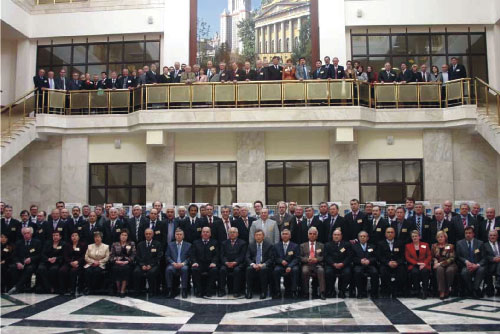 2011 - Introduction to the Association of Belarusian State Pedagogical University Rectors of pedagogical universities in Europe.
October 2, 2014 - the opening of the sculpture "My first teacher".

October 2014 - held the first performance of the Anthem BSPU. 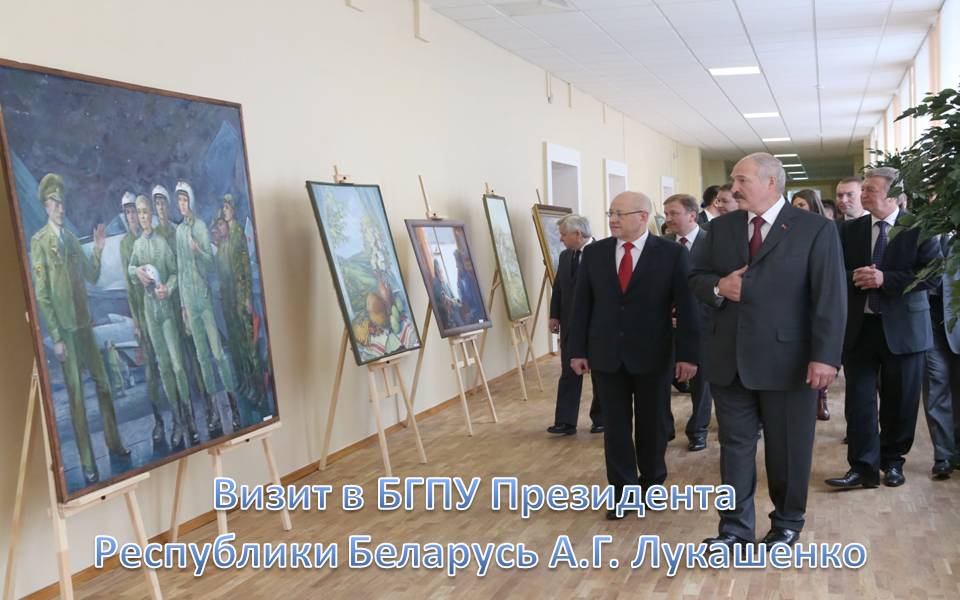 November 21, 2014 - Meeting of the President of the Republic of Belarus with students and teachers BSPU Day 100th anniversary of the university.

2015 - Belarusian State Pedagogical University became a member of the Network of universities of the Baltic Sea Region. 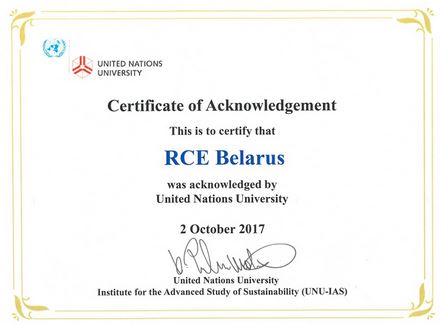 October 2017 BSPU and the Education for Sustainable Development Association were awarded the status of a regional center of expertise in the field of education for sustainable development. 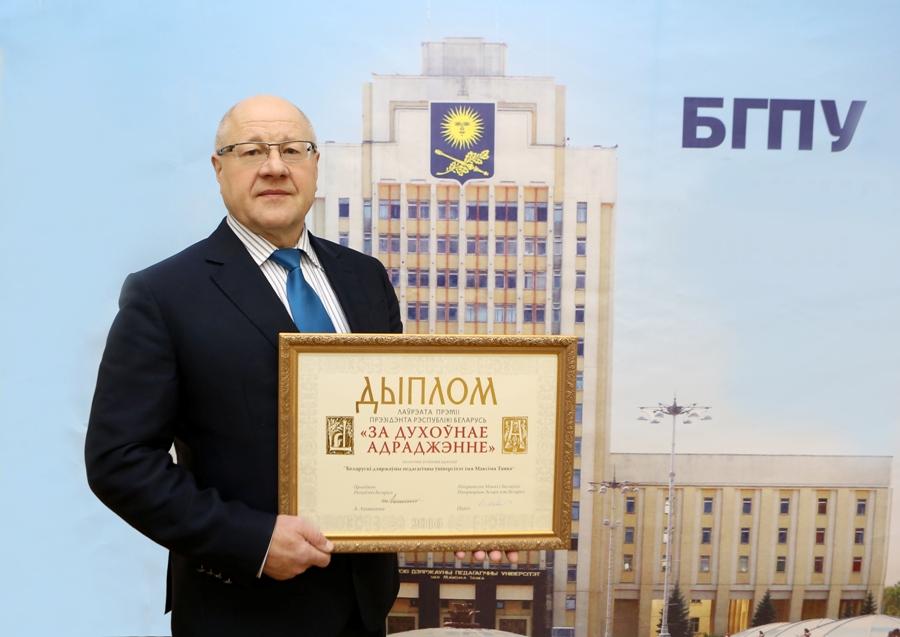 January 2017 - for outstanding work in the humanitarian field, a significant contribution to the development and promotion of volunteerism among students team BSPU awarded Belarus "For Spiritual Revival" 2016 State Prize of the President of the Republic of Belarus.

February 2017, the UN / UNDP Office of the Republic of Belarus presented the University with a Certificate of Appreciation for socially significant activities in achieving the Sustainable Development Goals and creating an inclusive society in Belarus. 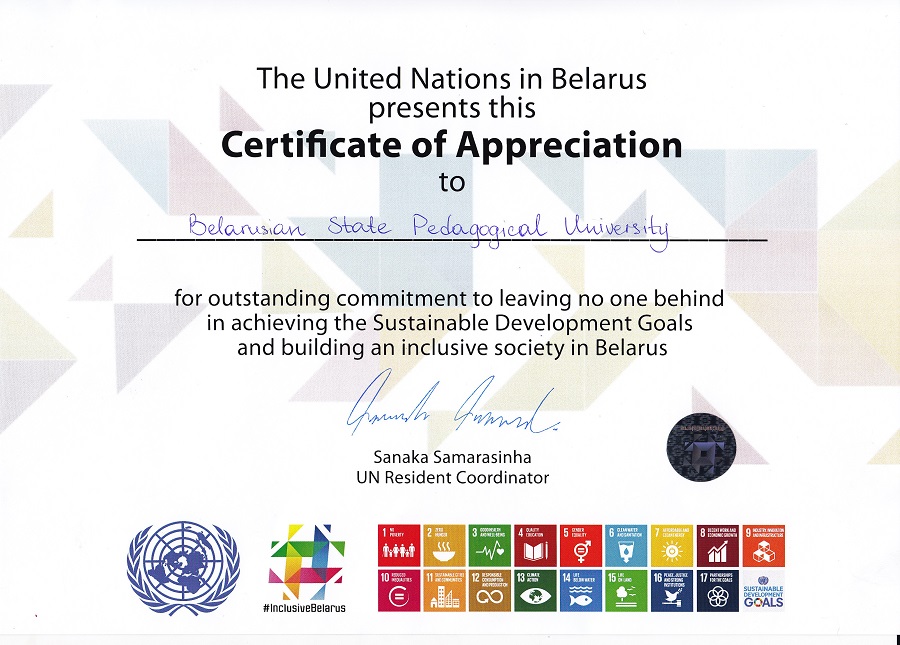 October 2018 - The Council of Ministers of Foreign Affairs of the CIS BSPU named after M. Tank was given the status of the base organization of the CIS member states for the training, retraining and advanced training of teachers and specialists in the field of inclusive and special education.